I've been working hard on Mikkoku this weekend, and I'm pleased to announce that a new support character has been added to the game, bringing the total of support characters to 30. The newest addition is a skilled painter who will provide you with artworks to decorate your castle as well as aid you in combat with useful magic spells. Please watch the corresponding video in the Video section for more details.

Hi all! I've spent the first few days of my holidays on creating a new demo version of my custom made RPG game, Mikkoku. This demo basically contains almost the entirety of Chapter 14. I've decided on Chapter 14 because it's a very story driven chapter in which many different characters get a chance to shine. Another reason is that it's a rather linear chapter, so new players won't get lost.

You don't need a lot of context in order to understand what's going on story wise, so I'll keep the introduction short. In the prologue of the game (Chapter 3 in particular), a powerhungry young king from the Kingdom of Grubmil manages to steal the Energy Coin from the Queendom of Lendarra, which grants him mastery over the element of thunder. If you've ever played the previous demo release of the game (which contained Chapter 1, 2 and 3), you'll probably remember this.

For the years that followed, the king was slowly but surely getting corrupted by the power of the Energy Coin, becoming slightly more evil every day. Eventually, he also manages to get his hands on the Time Coin, Light Coin, Ice Coin, Nature Coin, Fire Coin, Water Coin and Ore Coin. In order to stop him before things get out of hand, the game's heroes (backed by several powerful states) launch a large scale counter offensive. And that's what Chapter 14 is about, a defining chapter that concludes the first major arc of the game.

Download the demo here. Simply extract the zip file and open "Mikkoku.exe" to play the game. If the text is looking ugly, double click on the font "msgothi0.ttc" (included in the zip file) to install it and you should be good to go!

I've decided to promote the guest character Ramalae to the main cast and give her her own character page. There are a number of reasons. First of all, she stays in the party long enough to warrant a place in the roster. Secondly, she has some minor impact on the story. But finally, I thought having an even number of characters would look nicer on this site :).

Good news! I've finally got around to writing the last character bio. That means all members of the main cast currently in the game now each have their own character page. Hurray! Beware though, as this is yet another character with many spoilers about the game's plot. View his page only at your own discretion!

Additionally, I've added more information about two areas of the world map - namely the Theocracy of Paladyne and the Kingdom of Firebrand.

I've added a list of all weapons in the game. Not only does the list give you a detailed overview of all properties of each weapon, it also tells you how to get them. Searching for a particular weapon and filtering the results is also possible. If people like the idea of this page, I'll do the same for other item categories such as armour and healing items, so send me a message if you do!

This evening I've added one more character page. Only check out his page if you don't mind spoilers, because his biography has quite a lot of them. This brings the total character pages to 52 (with the members of the Snowdust Five sharing one page). That means I've written biographies for all but one playable character. Hopefully I'll get down to that one soon as well. 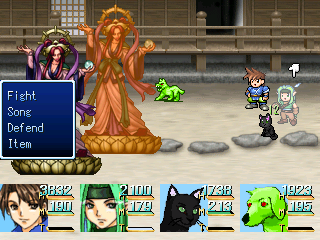 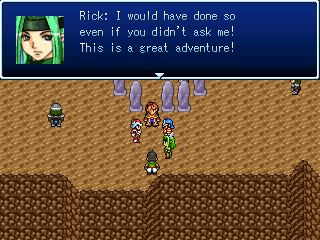