I've also added profiles for Nayim, Dayanne, Dean, Patrick, Marco, Fatima, Kolya and Warpya, bringing the total number of featured support characters to 16. We're halfway there already! Additionally, I've also added the profile page for one of the spoiler-y characters. Click the "Spoilers on" button at your own discretion.

I'd like to refer to these 16 (or 17) support characters as the 'classic' support crew. These were all in the game before 2006-2007 at the latest. The remaining ones were added in the years that followed. I hope I can get around to adding their pages soon too.

Last week, I've added the sidequest to recruit the last support character to the game, bringing the total of (recruitable) support characters to 33. Well, technically, since you have to choose between two of them you can only acquire 32 of them in a single playthrough.

To celebrate this great moment, I've added a new section to the official website- an overview of all support characters with their biographies and an explanation of their features.

Unfortunately, not all character pages will be available from the start. I still need to write them. So I've decided to start with the 8 ones who've been in the game for the longest time during its development: Shirly, Alberto, Ruben, Derek, Jun-Da, Yasco, Kasimir and Checker. Please check it out.

Today I'd like to showcase a new feature of Mikkoku - the playhouse.

Once you recruit the the playwright character Helena, a playhouse will be opened at your castle. When you talk to Helena, you'll get the option of re-watching a number of memorable scenes from the game.

What's more, you can even watch certain alternative realities -- "what-if" scenarios, if you will. If you watch these alternative takes to history with a specific character in your party, you will even get special rewards from Helena :).

Go to the videos section of this site to watch an example - an alternative outcome to the epic boss battle with Thunder God Elmer and the fall of the Kingdom of Grubmil in Chapter 14.

End of an Era

It's the end of an era! Today, I've completed the ending sequence of the game on which I spent most of my summer holiday.

For the first time since the previous release in 2005(!), Mikkoku is now entirely playable from start to finish.

Does that mean that the game is 100% complete ? Well, not yet. There are still some more features to be added, changes to be made and bugs to be fixed. But it does mean that the end is in sight... 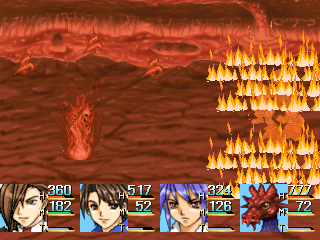 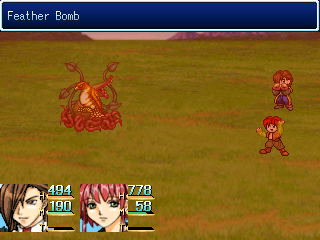 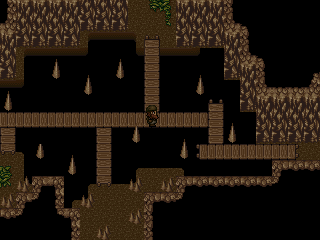