The Golden Blade of Kratto

The mercenary Qruin and his squire Olon hail from the Kingdom of Kratto, another part of the world you can only reach with the help of the skilled navigator Tropicco.

If you take Qruin back to his home kingdom, you will get to play an entirely new sidequest that involves Qruin once again proving his reputation when he is asked to rescue Prince Casper III of Kratto from the clutches of a brainwashed unicorn. The sidequest also introduces several of Qruin's other former pupils. Some of these will even temporarily join your party during this sidequest, showing their master what they have learned during his absence.

Very early in the game you will first hear about the dawn elves, a rare race of elves who live far away from where the main events of Mikkoku take place. Unlike the wood elves who call the dense forest their home and the night elves who are cave dwellers, the dawn elves are most happy while living on a beach next to the ocean.

Once you have access to Tropicco's ship, you can visit the Dawn Islands for yourself. You should definitely pay a visit to Kauka'la, home of the Dawn Elves where they sell exclusive weapons and equipment. Additionally, you might want to check out the Ka'wai statues, a circle of statues that are said to hold some eerie secret.

Another milestone has been reached! This weekend, I've finished up the last planned new content. To tie up some loose ends, I've added a new region to the world can only be reached by employing a skilled sea navigator who is known as Tropicco. This region of the world, unofficially referred to as the Far East, is home to a number of locations that were previously referenced throughout the game but couldn't be visited yet.

These new locations are: the land of the Dawn Elves, the Kingdom of Kratto and the Empire of Geonia. In the upcoming news articles I'll give some context to all three of them.

All that's left now is to polish and balance some aspects of the game... That means the official release of Mikkoku is finally within reach!

P.S: did you know that the inspiration to make pages like this came from the website that Nintendo used to announce new characters for the upcoming release of Super Smash Bros. Brawl in 2008?

I've recently upgraded my RPG Maker 2003 to the legal Steam version. That version comes bundled with a couple of new features to the RPG Maker 2003 engine, many years after its initial release. One of these features is the ability to display (animating!) images in combat.

As you may know. Support characters are an important part of Mikkoku's battle system. As a result of RPG Maker's update, these support characters can now be displayed in battle next to your "active" fighters. I think this is a really cool feature - it should help to make players feel as if the support characters are really part of the traveling party rather than just a random bonus skill that triggers every now and then.

I've updated the Mikkoku Demo to include this new feature. If all goes well and no bugs arise, I will implement the feature in the full version of Mikkoku as well. Please give the (updated) Mikkoku Demo a try if you haven't already, and let me know if there are any issues. As always, feedback is greatly appreciated. Get it here here. 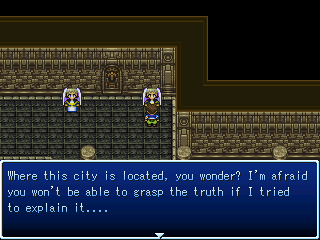 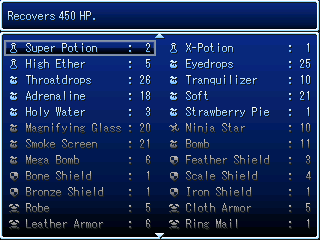 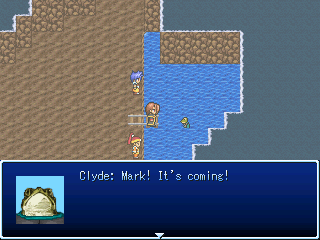