Ramalae is the young granddaughter of Flindl, the elder of the wood elves of Frayna. While she has inherited his dislike of kobolds, she's not nearly as negative about humans or other races. A bit naive and stubborn, she's actually a really nice girl. Our heroes Richard, Tom and Ralph first meet Ramalae when they somehow wind up in the land of the elves after successfully escaping an evil demon. They've heard that the elves have a teleportation device - a magical statue known as gringisk - that will take them home and wish to make use of it.

However, the elder informs them that its core has been stolen by kobolds, so they will need to recover that first. That's when Ramalae decides to help them, against the wishes of her granddad. Together, the four of them manage to track down the treacherous kobolds and retrieve the gringisk stone. But if you think that Ramalae joined them because she cared about the gemstone, you'd be wrong. In fact, her main reason for tagging along is that she fancies Ralph, a handsome man who's an archer like herself.

Ramalae's fighting abilities bear some similarity to those of Ralph. For starters, they both boast attack power and agility as their primary stats (although her magic power is slightly higher than Ralph's). But there are several important differences as well. While Ralph uses normal bows, Ramalae uses traditional light weight elven bows. Additionally, the skills both can learn are almost entirely different. Ramalae has a few damaging moves, but she also excels at restorative and protective magic in order to heal her friends and shield them from harm. She's also one of the very few characters in the game with access to some grass elemental magic spells. All in all, Ramalae is a very well balanced character - a fighter, a healer and a mage combined. 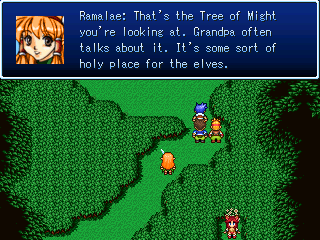 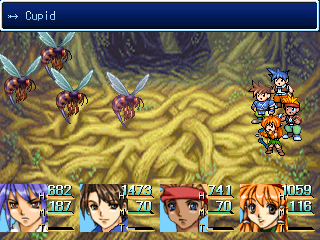 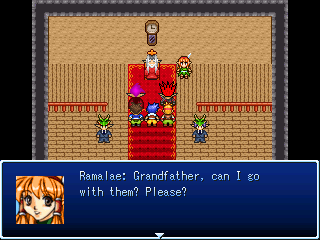