Taurus is a young night elf from Aether (also known as a cave elf - in contrast to the wood elves of Frayna) who is exceptionally skilled with his bow and with magic. He is a member of the Zodiac Clan, a distinguished family of night elves who are all related to Chief Aries (the formal leader of the entire race) in one way or another. More precisely, Aries is Taurus' grandfather. Just like his grandfather and other close family, Taurus was named after the zodiac constellation he was born under; taurus. In honour of his zodiac sign, he has decided to attach a pair of bull horns to his otherwise bald face.

Taurus has his heart in the right place. Granted, he does not come across as very sympathetic. He tends to distrust people easily and is fast to develop a grudge toward something or someone. One of the things that especially bothers Taurus is how other races - especially the somewhat arrogant elves - tend to perceive the night elves as an inferior and backwards race. Being a proud night elf, Taurus will do whatever he can to protect the safety and the honour of his race. Even for night elf standards, Taurus is really intelligent, and has a broad knowledge on many different subjects. On the other hand, Taurus is not able to cope with his emotions very well. Whenever he feels frustrated about something, he quickly becomes less social and instead of articulating properly, starts to emit weird, inaudible sounds that resemble "unfff". And sometimes when he really gets nervous and there's no one nearby to calm him down, he even gets panic attacks and breaks down entirely. So you could say that despite all his talents, Taurus has one major weakness - stress.

The Nightwatcher (also known as the Arcanist) is a hybrid class, a powerful blend of an an archer and a magician. He has a number of archery skills in common with Ralph (the 'pure' archer in the game), such as Aim, Arrow Rain, Double Shot and Eagle Eye, which are good for dealing damage in almost situations. But unlike Ralph, Taurus can also use powerful night elven magic, single-target and multi-target alike. Many years ago, the night elves were experimenting with magic and managed to combine fire-elemental with dark-elemental magic in order to create "nightfires", dark flames that may also burn an opponent. Conjuring nightfires is Taurus' preferred method of attacking. Therefore, his magical stats are slightly higher than Ralph's, while his physical stats are slightly lower.

Taurus, who by his name alone already has a lot of affinity with the zodiac belt, will learn to evoke the power of the zodiac signs. To learn this, you have to complete a certain sidequest first. But let me assure you that this is more than worth it, since "Zodiac" is in fact one of the strongest multi-targetable magical skills in the game! Additionally, just like Ralph, Taurus will be able to learn Hunt and Infected Shot at the Military Academy in Elour, and he will be able to use certain elemental arrows (provided that you find them first). Now, to finish this with a quick verdict: with his bow and with his magic combined, Taurus is a very balanced character; one that works well in one-on-one combat and against groups. 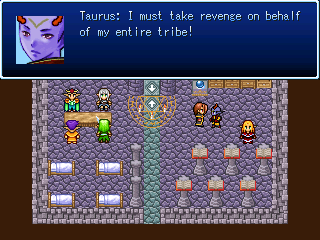 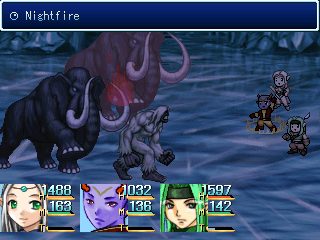 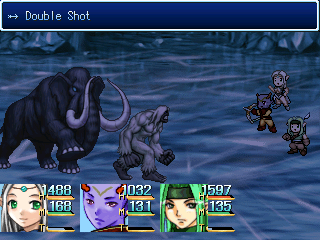