Stunner is one of the main adversaries of the game. He basically serves as Fright's right hand man and is one of the few persons Fright actually trusts. This is in no small part thanks to his extraordinary abilities. Although it may be hard to believe, Stunner is actually the last known surviving member of TEC. Thanks to his extensive presence to the coins from a very young age, he has almost completely stopped ageing, blessing him with an unnaturally long life.

While most other members of The Elemental Clan focused on one or maybe two of the coins, Stunner has divided his attention among them somewhat equally. As a result of this, he has gained mastery over all of the elements. In other words, he is pretty much the most dangerous wizard alive in the world right now. On top of that, his fighting skills with katanas and other weapons aren't all too bad either. So the fact that he's on the wrong side of the conflict certainly isn't in our heroes' best interests...

Stunner had many friends while he was in TEC, including the grand master of wind magic - and the leader - Gale, as well as Bolt, Flame and Wave, the grand masters of thunder, fire and water magic respectively. When the Cerpian Empire fell and TEC was destroyed during the Great Cerpian War, Stunner lost everything he had. Not only were all of his friends dead, he also lost his home and all of his ambitions. Eventually he met up with Fright, who brought new purpose to his life. As an agent of Fright, Stunner has been responsible for many evil deeds. Still, though he's evil, he is not nearly as brutal as his allies Mariska and Karl. He's just cold... very cold and remorseless. Emotionless, even.

At some point late in the game, you will get to witness the last few days before the fall of the Cerpian Empire during a flashback sequence with Sylvester (Stunner's real name) as the main protagonist. This flashback sequence also includes a part in which you'll see Stunner undergo his trial to get promoted from a TEC Soldier to a TEC Elite at an unusually young age.

Stunner's abilities in combat are very closely linked to the coins themselves. In fact, the coin that he has equipped in his accessory slot determines what kind of magic he'll use in battle. This means you can actually customize him in any way you wish. Not to forget to mention that all weapons he can equip deal elemental damage as well. 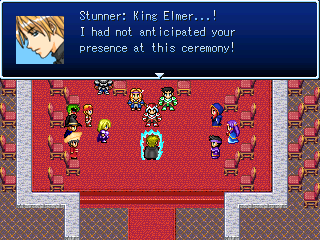 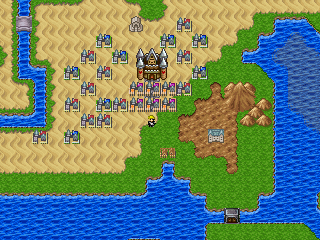 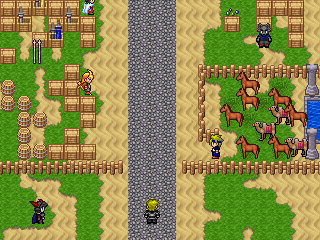