With a Snowdustian father and a half-Wuian, half-Grubmillian mother, Shelly's roots are all over the place. While both of her parents eventually decided to stay in the Kingdom of Grubmil, Shelly went to live on her own in Cape Avalanche, in the Snowdust Republic (backed financially by her parents!). Shelly loves playing games with people. It is for this reason that she has filled her giant house in Cape Avalanche with mind boggling puzzles. In fact, you can't even meet her without playing her game first! And when you finally get to her, well... *No comment*.

Shelly is a bit of a mysterious person... She is usually a very quiet person, but when something ticks her, she can get pretty excited. One of the things that always manages to spark her attention is a cute girl walking by - she is in fact bi-sexual and loves flirting with other females, who are mostly very surprised but also rather flattered when Shelly winks at them. Her personality can further be described as indecisive, changeable, gullible and self-indulgent. Although she may sometimes come across as an arrogant and annoying know-it-all to strangers, Shelly is actually surprisingly kind and caring when you get to know her. Her favourite colour is blue.

Having lived secluded in her icy house in Cape Avalanche for a number of months, Shelly has had plenty of time to meditate and train her mind. She has eventually learned how to manipulate energy and focus her mind to do extraordinary things. Among other things, she can fire a psychic beam of energy to deal piercing damage, she can hypnotize her enemies to make them fall asleep, she can make her opponents more vulnerable to ice damage (which makes her an excellent partner for characters with ice-elemental black magic such Mark or Vincent), she can confuse her enemies, she can draw mana from them, and she can peer into the future to cast random buffs on the entire party.

Even though her abilities are mainly of a magical nature, she does not completely fit in the picture of a magician. You can choose whether to give her sceptres; weapons that mainly increase her magic power, and restore a little mana on each hit, or whips; weapons that increase her attack power. With access to most light armour (aside from magical armour, of course) and higher physical stats than the other magic users in the game, you could even safely put her at the front row. In other words, you can't go wrong with Shelly. Whether you want a fighter with magic or magician with fighting capabilities in your party, her customizability makes her cut out to fulfil both roles. 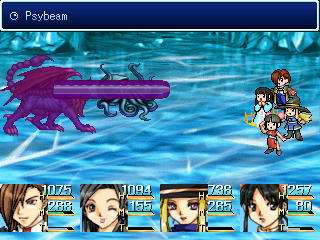 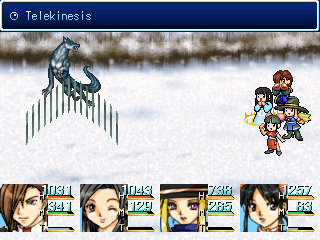