Mark is a somewhat vague, unusual person. Nevertheless, it is he who acts as the real main character of the game. Mark is highly intelligent, but doesn't show this trait very often. Him being a semi-silent protagonist, you, the player has the option to choose most of his dialogue. In general, however, Mark doesn't talk a whole lot. Luckily he's always in the company of friends who can do the talking instead - or scold him, whenever he says something stupid or inappropriate.

Mark's parents died when he was still very young, which resulted in him being raised by a gentle dwarf in the quiet, isolated island village of Pikao. The boy enjoyed a carefree youth, often playing in the forest with his best friend Tom and other buddies. One day, an amazing discovery takes place. The young boy Mark turns out to be naturally able to use fire magic, without any prior education or training at all. This prompts the village elder of Pikao to entrust Mark with a great and noble task, which is to protect the treasure that's been sleeping in the forest for so long... the Time Coin.

Once Mark learns how to use black magic properly and begins to come to terms with the tremendous potential within him, he will become a very valuable party member for the entire game. By default, he has three elements to choose from: fire, ice and thunder, each with its own strengths and weaknesses. Depending on the choices the player makes in Mark's dialogue, he will later get an additional fourth element.

Typically, Mark's class, the Wizard, has great stat growth in intelligence and mana, but severely lacks in strength, defense and health. For this reason, it is strongly suggested to keep him in the back row at all costs. Since you cannot have everyone in your party in the back row, you will need strong allies to protect him (such as his friend Tom). However, to compensate for this vulnerability, he can dish out great damage and is one of the few characters with many multi-target spells at his disposal. While having a magician (instead of a cliché knight, warrior, etc.) as main hero may seem strange at first, with Mark, you won't be disappointed! 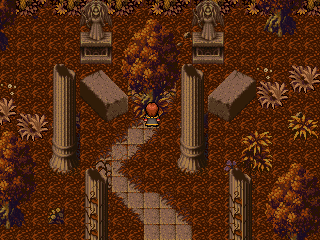 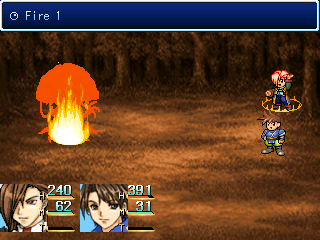