Lianne is originally from Elour, a town in the eastern half of Grubmil. She was still fairly young when her parents decided to move to Jih-viuh in the west. Here, she met a young trouble-maker called Arne. It was love at first sight, and a true case of 'opposites attract'. While Arne is very dominant and upbeat, Lianne is very passive and calm. You could say she's had a good influence on him, because ever since they became a couple, the easily flammable Arne has become slightly less hot-headed. On the other hand, with Arne around, Lianne has felt more secure than ever.

After having a stable relationship for three years, Arne proposed to Lianne and she accepted. The two immediately packed their stuff and went to High Priest Perry of the Indevs Church to get married. But before returning to their home in Jih-viuh, they first wanted to make a long journey that would take them to all edges of the world. Their first stop: the Kingdom of Ikrihil. Unfortunately, upon arriving there, their honeymoon would meet an abrupt end when Lianne was kidnapped by the savage werewolf Tiny and it was up to Arne, aided by his new friends Mark, Tom and Jun-Jie, to save her...

However, despite her initial appearance in the story as a damsel in distress, this does not do any justice to the fighter that Lianne really is. With her whip and powerful dances, she can easily hold her own in most situations. Lianne is a very versatile character to use. Her stats are all-round (with a relatively high speed) and her HP is high enough to be a front-line fighter, if you want her to be. On the other hand, she's also an excellent support character. And that's where her dances come in.

Unlike pretty much all other skills in the game, dances are continuous instead of instantaneous. That means that when you select a dance, she will continue doing this dance for a set number of turns (or until she dies or the end of the battle, of course). And each turn, the effect of the dance is built up. Additionally, the strength of her dances increases progressively as she gains levels. Of course, most skills get a little stronger when the character that uses them gains a level, but in Lianne's case the increase is much more direct, since the strength of her dances rely directly on her stats. What this means is that the dances you get early in the game (like the Mystery Waltz and the Angry Polka) will remain useful throughout the entire game.

Click the spoiler to see a few examples of Lianne's dances. 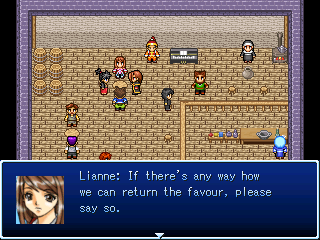 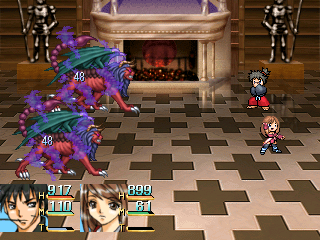 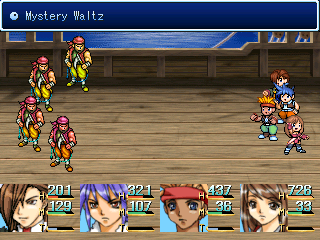