Due to a tragic event, Leen lost both of her parents when she was very young. With no relatives around, this forced Leen and her brother Niles to learn how to take care of themselves at a very young age. Needless to say, Leen's behaviour resembles that of adults more than that of other teenagers. Despite all of this, she is deeply in love with her next door neighbour Jordan, who, in contrast with her, has a tendency to act immature at times. Ever since her parents died Jordan was always there for her. Leen believes that Jordan will always keep her safe, which is exactly what he intends to do as well.

Niles, however, is not very pleased with the fact that Jordan and Leen are so close. He doesn't trust Jordan for one bit, and has repeatedly threatened to hurt him (or worse) if something bad should ever happen to his sister. It is likely that jealousy plays a large part in this as well, seeing that he doesn't seem to have any friends besides his sister. Next to Jordan and her brother Leen is also quite good friends with Dil-Doh, an elderly gentleman who also lives in Pelargir.

Leen is one of the few characters in the game who shares her class with another character. In her case this is the main hero Mark. However, there are a few notable differences. Stat-wise Leen is in fact a tiny bit better than Mark in terms of intelligence and defense, thanks to the fact that she has been a wizard for much longer than Mark has. Secondly, some equipment in the game can only be equipped by either Mark or Leen. The main difference, however, is in their arsenal of magic spells. While Mark has control over the typical RPG elements: fire, ice and thunder, Leen favours the four classical elements: fire, water, earth and wind. Since the enemies in the game each have their own elemental resistances and weaknesses, this makes Mark and Leen both useful characters in different situations. 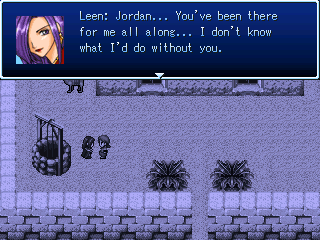 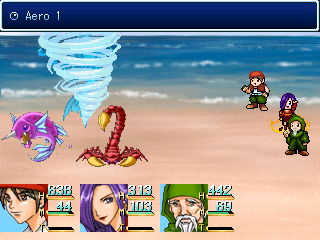 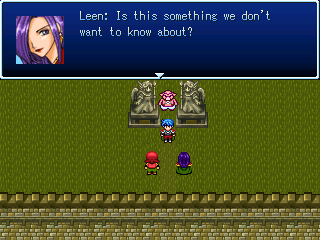