Jun-Jie, the infamous werewolf hunter from a village faaaar away known as Wu. At his birth it was already clear that he was "the chosen one" to follow in the footsteps of his aunt, who was a great werewolf hunter when she was young. She succeeded in wiping out all threatening werewolves, except for one - the evil Tiny from Kyouchou. Jun-Jie's life is devoted to tracking down and killing Tiny. This proves to be quite a difficult task, because Tiny's army consists of zombies while ironically, Jun-Jie is zombophobic. Still, it is safe to assume that without Jun-Jie's help, our heroes would not even stand a chance against the vile Tiny.

Jun-Jie has a somewhat strange, unorthodox personality and there are only few (such as Tom, Mark, Arne and Lianne) who dare to befriend him. Because of his apparent inability to take things serious and his liking to "borrowing without returning", many people tend to find him annoying. On the other hand, he has a very strong bond with his siblings; his brother Jun-Da and his sister Si-Ying. He's also quite popular in his hometown of Wu. If you manage to look past Jun-Jie's crazy personality, you'll see someone with a heart of gold.

Among Jun-Jie's specialities are his ability to equip two weapons simultaneously and his incredible speed. This makes him especially good at finishing off enemies that his allies have just barely left alive. But where Jun-Jie scores most points, is with his special skill, Hunt. Once you have determined what type an enemy is, Jun-Jie can use the appropriate 'hunting mark' to deal more than twice as much damage.

There are twelve types of enemies in the game: human, demi-human, plant, bug, beast, undead, fish, bird, demon, dragon, mechanic and magical. As he levels up, Jun-Jie will eventually learn to hunt each of them, meaning that Jun-Jie is a character who is useful in almost every situation. The downside? Jun-Jie's defense and HP are rather low for a fighter. However, since you'll likely be using his skills (the hunting marks) most of the time anyway, you could remedy this lack of defense by putting him on the back row. 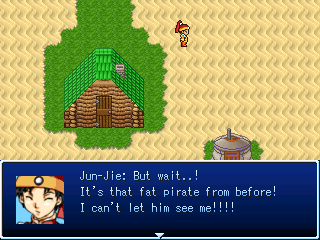 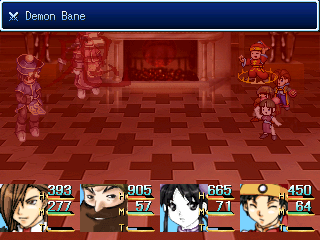