Jordan is a young, cheerful boy from the small town of Pelargir in the Queendom of Lendarra. During the prologue of the game (Chapters 1 till 3) Jordan occupies the role of main character. In a sense Jordan is your typical RPG hero: he is courageous, energetic, honest and always willing to help others in need. He never ever seems to be in a bad mood; even when something really bad happens he always tries to find something positive in the situation. This optimistic attitude is a major inspiration for the people around him, which makes him a surprisingly good leader.

Unlike many other RPG heroes, Jordan has pretty much enjoyed a carefree life with both of his parents alive to take good care of him and a dog to be his companion. A significant aspect of his youth is his close friendship with Leen, the girl next door. Truly, these two have been inseparable ever since they could walk. Jordan knows for sure that this is the girl he wants to marry when he's a little bit older. Jordan is also very passionate about defending his country; as soon as he reached the minimum age for joining the army (17) he signed up. Little did he know that this action would set him on the course of his greatest adventure yet to come.

Jordan is a rogue: a nimble warrior who focuses on quick attacks and who utilizes a variety of special skills to turn the tide of the battle in his favour. For his attack he uses a dagger, and later in the game, he can even learn how to dual-wield them for twice the damage! Alternatively, he can also equip a shield in his off-hand, which is uncommon for a fighter who equips light armour like he does.

While Jordan learns the majority of his skills while levelling up like most characters, there are a number of unique skills that he can only obtain after completing a certain sidequests. The first of these are Detoxify and Quicken. The former can be used to cure someone of the poison status, while the latter can be used to inflict haste on yourself (which is VERY useful in boss battles!). Detoxify can be acquired as early as Chapter 2. There's a pirate in the city of Dany who wants you to retrieve an item for him. Accept this quest and you will be allowed to borrow a raft which can travel through shallow waters. Using this raft, you can travel to an island where Herbert the Herbalist lives. Talk to him and he will tell you to search for a plant known as Vaxiweed. This Vaxiweed can be found growing on the Storm Rock (another location accessible by raft), and upon giving it to him he will teach you the skill Detoxify. Quicken on the other hand is taught by a cowgirl living in a cave in the Ain Desert, who will teach you the skill if you play a short mini-game with her that involves finding her in the desert. 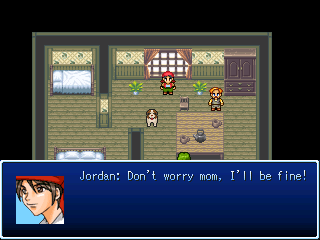 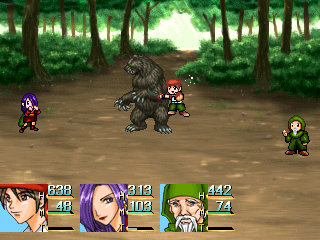