Arne is a young man from the town of Jih-viuh, in the western part of the Kingdom of Grubmil, where he had lived an easygoing life with his parents and younger sister, although the word 'easygoing' may not be very fitting when we're talking about Arne. As a young boy, Arne had many friends, but for each of them, he had at least two enemies, because of his really bad temper.

A few years before the events of Mikkoku, when Arne had just turned fifteen, a young girl and her family moved to Jih-viuh. Her name was Lianne. Ever since he saw her, Arne harboured deep feelings for her. Within a few weeks, he managed to win the girl's heart. And he promised that he would never let anyone hurt her. The two loved each other so much, that after a couple of weeks, they went to the Indevs Church to exchange wedding vows. The first stop on their honeymoon would be the nearby country Ikrihil, but then, something went horribly wrong...

Because of his aggressive and impulsive nature, Arne tends to get himself and the people around him in trouble easily, but through his amazing courage and determination, always manages to come out of any dire situation. Thanks to his loyalty and reliability, he soon becomes one of Mark's and Tom's most trusted adversaries and he also often assumes a leading role whenever a brave, strong-minded leader is required.

In ancient Japan, it was widely believed that a samurai's katana had a soul of its own. In similar fashion, each of Arne's katanas has a soul that can be drawn out, with each different katana having a different outcome. In other words, the outcome of Arne's "Soul" skill is entirely dependent on the weapon he's wielding. It's perfectly possible that a statistically weaker katana holds a very useful spell, while a slightly more powerful katana can hold a less useful spell, so it's up to the player to decide which katana they want to equip. For this reason, you should always try to keep at least one of each katana, since newer is not always better by default. Of course, there are also several hidden katanas in the game, with very unique and powerful souls.

Arne believes a good offense is the best defense. As a result, his stat growth mainly emphasizes strength and speed, but less on defense. He can't equip heavy armour either. However, to cover for his lack of defense, Arne has access to equipment that greatly boost his evasion. 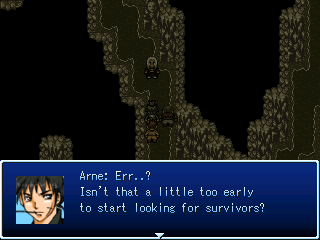 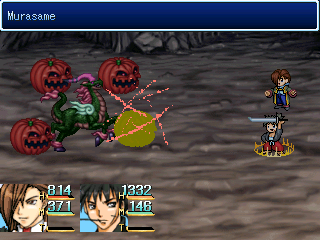 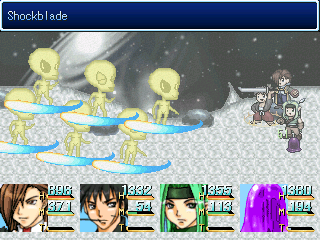