Ares is one of the Brutolians, and as such, one of the main initiators behind the Brutolian Revolution. Unlike most of his adversaries, his desire to depose King Yarno IV is not based on personal gain or on political support for the opposing party, but rather on his aversion to the monarchy in general. Instead, he believes in the justice of complete chaos - a system in which every man has to fend for himself. However, after learning of the true nature of the revolution, Ares is extremely disappointed and as a result, abandons his cause.

Next to his somewhat unorthodox political beliefs, Ares is only interested in one thing - the art of war. Ares likes nothing more than an honest duel with a worthy opponent. For this, his weapon of choice is usually a ball & chain; allowing for very powerful strikes. He is strongly against the use of magic in battle, seeing it as "cheating". Likewise, Ares doesn't really care about the coins at all. He never loses focus of his only purpose - fighting. In fact, the only reason why he's willing to join you at all, is that he hopes to get more worthy fights this way.

Ares is all about hitting his opponents so devastatingly that they will not be able to pose a threat anymore for a while, if ever. With his Power Break, Defense Break, Magic Break and Speed Break he can halve his foe's strength, defense, magic or speed for a number of turns, while also dealing physical damage. The best thing is that these breaks work against every opponent, with the exception of a small number of bosses! While surely, these four breaks already have enough potential on their own, this is not all he has to offer. With his Skull Cracker, he has a solid attack move that can also be used to stun the enemy. Growl can be used to scare his opponents away; instantly ending the battle. Finally, Revolt is a powerful area of effect skill that is particularly effective against human type opponents, while Crush is an immensely powerful move that even has a chance to instantly kill an opponent.

Ares is a solid front-line fighter. With his high defense and his capability to equip shields, he is one of the best tanks in the game. However, his full potential doesn't come out until much later in the game. Ares is one of the few characters to receive a class change, in his case, to the Gladiator class. As a Gladiator, his breaks will be replaced by shatters. The difference? With Shatter Power, Shatter Defense, Shatter Magic and Shatter Speed, the strength, defense, magic and speed stats won't be broken for a few turns - but for the entire duration of the battle. Can you already imagine what kind of tremendous power Ares will have at this point in the game? 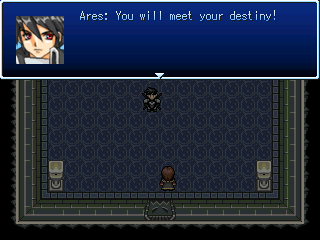 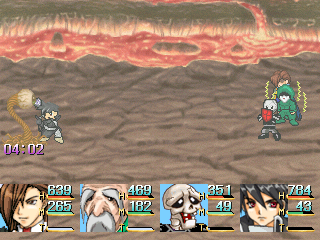 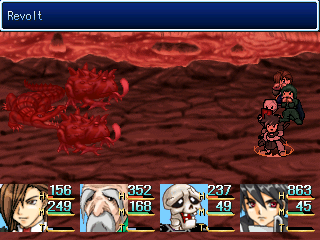