Aerendyll is a young, female elf from Frayna; the domain of the elves. One day, she found a human child in the woods around Frayna. Aerendyll, being the caring person that she is, decided to take the child with her to the village. However, the elder Flindl did not approve of her bringing humans into Frayna, and after a heavy dispute, she was banished. Now she's desperate to take the child - who she amply named "Human Kid" - home and in the meantime take care of him for as long as it takes.

Aerendyll can be described as being very gentle and kind-hearted. It frustrates her to see many of her fellow elves (and especially the elder) be so resentful against other races. Generally, Aerendyll likes to abstain from using violence. However, she's willing to go to extreme lengths to protect the life of Human Kid, whom she sees as her responsibility. Like most elves, Aerendyll is armed with a bow and arrows, and also has some basic understanding of magic.

Being very much in touch with nature as she is, it is this very nature where Aerendyll extracts her powers from. As a Geomancer, her abilities depend on the type of terrain she's currently standing on. This means that when fighting in the desert, she will have different magic than when fighting in a forest. Currently, there are twenty terrain types in the game, all of which grant Aerendyll a different geomancy spell - making Aerendyll a highly versatile character.

Stat and equipment-wise, the Geomancer is much like a hybrid between an archer and a mage. While she lacks the high speed of an archer, she makes up for this with good intelligence and mana stats. Still, I want to add that her attack power is not significantly lower than the archer's, so if you find a geomancy ability to not be very useful in a particular area, you can always resort to normal physical attacks. Still, since archery is not her main profession, she will not be able to learn new archery skills from the archery tutor in Elour like Ralph and Taurus. 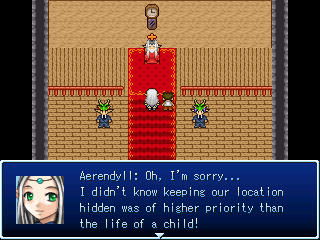 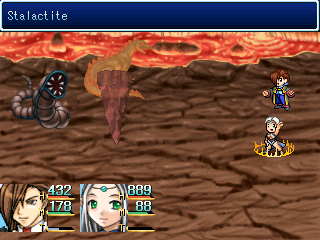 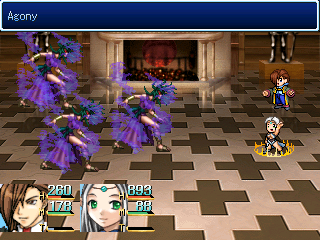